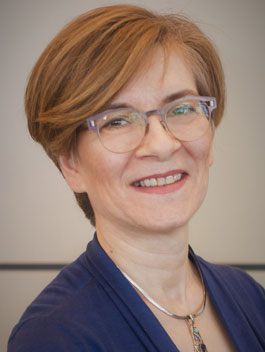 Llynne Plante is the Executive Director of the National Research Council of Canada Industrial Research Assistance Program (NRC IRAP) for the Quebec region. She joined NRC in 2007.

Prior to taking on this role, Llynne worked as a Regional Director with NRC IRAP with program delivery responsibilities for Eastern and Northeastern Ontario. More recently, in January 2017, she began an assignment as Executive Advisor to the Vice President of NRC IRAP.

Llynne brings a strong array of finance, international business, R&D and applications engineering from both the private and public sectors. Prior to joining NRC IRAP Llynne worked with the Office of Small and Medium Enterprise (OSME) at Public Works Government Services Canada (PWGSC) as Chief of Strategic Policy. Llynne previously worked at Export Development Canada (EDC) as a Marketing Manager supporting sector teams and the region of Québec. Prior to this Llynne spent 8 years in positions of research and development and technology transfer with the NRC's former Institute for Microstructural Sciences and 11 years in the Ottawa ICT industry in positions of international business development, sales and marketing, and R&D project management.

Llynne has an MBA from Queen's University, a diploma in Chemical Engineering from Cambrian College, and a Certificate in International Trade Management. In 2011 she obtained her certification as a Herrmann Brain Dominance Instrument practitioner. Llynne is currently a PhD Candidate with Carleton Sprott School of Business.