Building bridges for women in STEM

New York's Brooklyn Bridge (the eighth wonder of the world), China's Danyang-Kunshan Grand Bridge (the longest in the world), Lions Gate Bridge in Vancouver (a National Historic Site of Canada).

Engineers are legendary bridge-builders, but many of us don't see beyond the physical structures – or grasp that engineers do so much more.

Wherever you look, you'll find today's engineers rolling up their sleeves, and harnessing technical discoveries to solve global challenges by bridging scientific breakthroughs and commercial applications. They work within their passions – from climate change, renewable energy and smart cities to aerospace and aging at home – to come up with economical solutions for society's problems.

It's important, satisfying work. So why are less than 20 % of the students in engineering undergraduate programs around the world women, and in addition to that, why do a large percentage of these women not go on to practice as engineers after graduation?

According to Ruth Rayman, Engineering Physics graduate and Director General, Advanced Electronics and Photonics Research Centre at the National Research Council of Canada (NRC), it boils down to a lack of understanding of the field's vast array of opportunities and the confidence to pursue them.

"Even women who have graduated as engineers often hesitate to assertively pursue exciting prospects and promotions, often due to low self-confidence and insufficient career support," she says. "And when their dreams do not materialize, they leave the profession. This is where on-the-job mentorship really makes a difference." Rayman points out that much of her rise through the ranks in industry and at the NRC was due to encouragement from male colleagues and managers who mentored her, identified opportunities and promotions, and provided practical support for seizing the day.

She knew from an early age that she wanted to be in science, technology, engineering and mathematics (STEM), but switched from science to engineering partway through her time at McMaster University. After observing engineers in action through summer work placements, she was enthralled, and entered Canada's first Bachelor of Engineering and Management program to earn a double degree. "McMaster did a lot in the early days to open the field up to women and support them." Today, one of her great joys is being a Warden of the Iron Ring in Ottawa, where at university graduations she presents Canadian-trained engineers with the ring that distinguishes them as professionals.

Where the rubber hits the road

The good news is that today, STEM support flows freely from all directions. The Government of Canada is committed to supporting women in science and management positions. Many universities and professional associations have formed groups or struck initiatives to attract women to STEM. One of the most longstanding and successful national initiatives for drawing young girls to STEM is SHAD Canada.

A live-in summer program for STEM-focused secondary-school students, SHAD was a turning point for Yasmin Anderson, Rayman's daughter. Since everyone in her immediate family was an engineer, Yasmin had been determined to do something different – until she spent a month at Lakehead University's SHAD. There, she worked with like-minded teams to solve real-world design challenges and scored well in the national competition. "At that point, Yasmin realized that engineering was much more than lab work – it's about business, economics, and solving problems on a global scale," says Rayman. "She found herself drawn to the holistic aspect of engineering and hasn't looked back." Yasmin is now in her fourth year of the Architectural Conservation and Sustainability Engineering degree program at Carleton University.

Rayman is pleased to see that the world's perception of engineering is becoming more accurate. "The light is starting to go on about engineers' capabilities for solving problems that touch all aspects of our society," she adds. "And that is increasingly appealing to women, since they want to feel they are contributing directly to their communities."

At her various international speaking engagements, Rayman continues to field questions about self-confidence and support from women contemplating careers in STEM. She reiterates her belief that the key to success is pursuing their passion with confidence.

"Be sure to become subject-matter experts in your field," she advises. "Having a solid engineering or science background is what brings value to any team you work with." By shining as professionals, women can build their self-confidence, which Rayman considers second only to technical ability. "Don't hesitate to reach out – join organizations to support each other and celebrate your successes," she adds. "Make sure you are patting each other on the back, sharing smiles or doing whatever it takes to reassure each other."

Rayman also urges women considering STEM careers not to be shy about approaching role models and sponsors. Role models and mentors can offer advice and direction, while sponsors can open doors. And with strategies such as these in their backpacks, young women in STEM can traverse the bridge to success. 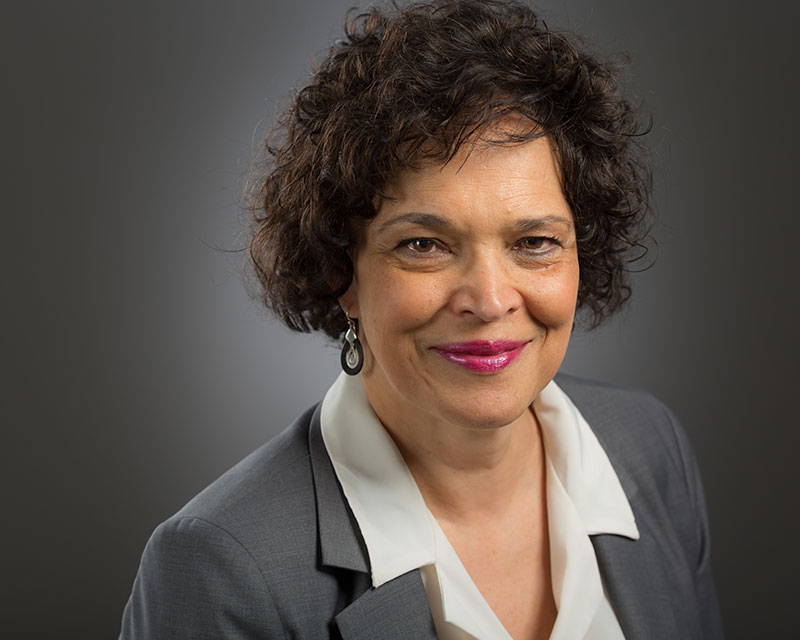