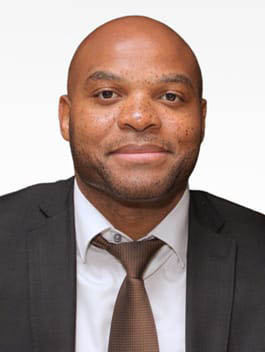 As Secretary General, Serge Bijimine is responsible for a wide array of corporate groups such as the international relations office, the policy, strategy and performance group and the Corporate Secretariat, as well as the NRC Council.

His mandate is to support the NRC senior executives in advancing the Government of Canada's science, research and innovation agenda.

Before joining the NRC as the first Associate Secretary General for a short period of time in May 2020, Serge held various senior executive positions in the federal government in policy, stakeholder engagement, and program operations. Before this appointment, he was Director General, Programs Directorate, at Environment and Climate Change Canada, where he headed the Pan-Canadian Framework Implementation Office, and oversaw $4 billion over 5 years of grants and contributions programs, including the Low Carbon Economy Leadership Fund, Low Carbon Economy Challenge: Champions Stream; Low Carbon Economy Challenge: Partnerships Stream; Climate Action Fund, and Climate Action Incentive Fund.

Prior to that, Serge has held executive positions in the Economic as well as International Affairs, Security and Justice sectors at the Treasury Board Secretariat. He started his career in the federal public service in 2005.