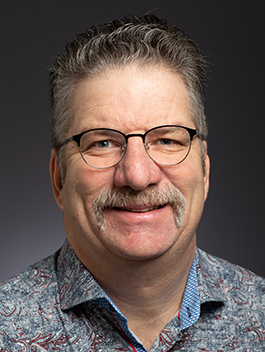 Robert Faulder is the Director General for the National Research Council of Canada Industrial Research Assistance Program (NRC IRAP) Prairie region. He joined the NRC in 2003.

Before taking on this role, Robert served as Acting Director General for the NRC IRAP Atlantic and Nunavut region, and previously as Regional Director for the NRC IRAP Alberta South region. Prior to this, he was an NRC IRAP Industrial Technology Advisor (ITA).

Before joining NRC IRAP, Robert spent the majority of his career in the public sector supporting innovative small and medium-sized businesses. He was a manufacturing engineer with the Alberta Research Council from 1988 to 1995 and an ITA with that organization from 1995 to 2003. Robert has supported the Association of Professional Engineers and Geoscientists of Alberta (APEGA) for 15 years on various committees serving to protect the public and further the engineering profession.

Robert has a BSc in mechanical engineering from the University of Alberta and has spent the past 30 years working with small and medium-sized businesses in the areas of research and development.