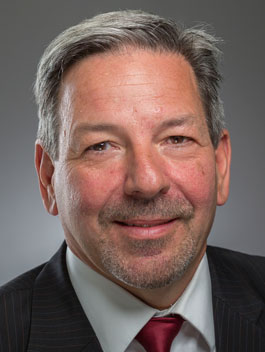 François Cordeau is currently on an assignment, leveraging his experience at the NRC and in the private sector to simplify the NRC's internal processes in order to find efficiencies that will benefit both the organization and its employees.

His permanent position, which he has held since October 2017, is Vice-President of the Transportation and Manufacturing division, where he oversaw the Aerospace and Automotive and Surface Transportation Research Centres. In this role, Mr. Cordeau spearheaded the NRC's Advanced Manufacturing program and the new research facility in Winnipeg, as well as the upcoming Canadian Campus for Advanced Materials Manufacturing initiative, with an associated facility to be located in the greater Toronto area.

Mr. Cordeau joined the NRC in 2013, as General Manager of the Information and Communications Technologies portfolio. He went on to serve as Vice-President of the Emerging Technologies – Platforms division, and later as Vice-President of the Engineering division. Prior to joining the NRC, he was heavily involved in the high-tech sector, as President of Roctest Ltd. and its subsidiary FISO Technologies Inc. He also held various leadership positions at Mitel Corporation including Senior VP and General-Manager of its semiconductor division. He was involved in many acquisitions throughout the world.