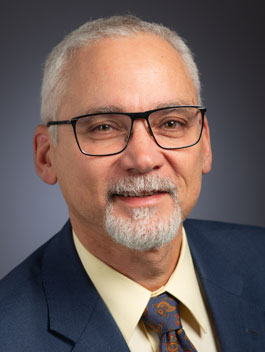 Dr. Dan Wayner was appointed to his current position in October 2018. He is an experienced executive, research and development (R&D) manager and world-class scientist. Prior to his retirement in 2016, Dr. Wayner served at VP Emerging Technologies at the National Research Council.

Following a successful research career, Dr. Wayner shifted his focus to R&D management as founding Director General of the National Institute for Nanotechnology (NINT), 2001-2003 and later Director General of the NRC Steacie Institute for Molecular Sciences (SIMS), 2003-2010. Under his leadership, SIMS continued to grow its international reputation for science excellence for its pioneering work in advanced materials, laser science and convergence technologies. He established new and stronger partnerships with universities and industry, building on complementary strengths and synergies. One of these with the University of Ottawa, the Joint Attosecond Science Laboratory (JASLab), established Ottawa as the "attosecond science" capital of the world.

Dr. Wayner received a BSc from McMaster University in 1980 and a PhD from Dalhousie University in 1984. Following a two-year postdoctoral position with K.U. Ingold at the NRC in the area of organic free radical chemistry, Dr. Wayner joined the NRC Division of Chemistry in 1986 where he carried out seminal work in the electrochemistry and thermochemistry of transient reaction intermediates. He served as leader of the Molecular Interfaces Program, an interdisciplinary research initiative that earned worldwide recognition for its groundbreaking work in self-directed nanoscale chemical reactions using scanning tunneling microscopy.