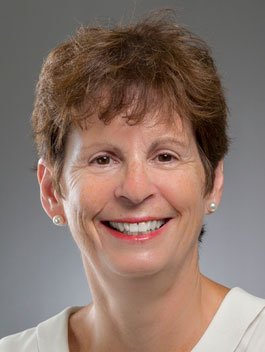 Dale MacMillan is an experienced executive. She was appointed Vice President, Corporate Services and Chief Financial Officer in January 2017. In this capacity, she oversees the operations of the Finance and Procurement Services, Client Service Centre, Real Property and Planning and Management, Communications, Health, Safety and the Environment as well as Security branches.

Prior to joining the NRC, Ms. MacMillan served as Director General, Financial Operations and Deputy Chief Financial Officer at the Department of National Defence where she was responsible for financial accounting and reporting, policy, systems, internal controls, and accounting operations.

From 2006 through 2014, she worked with the Office of the Auditor General of Canada leading financial and performance audits involving numerous federal government organizations. She also led the Service Delivery and Information Management audit team as a specialist in these types of audits.

In addition, Ms. MacMillan spent more than 18 years working with the Canadian Broadcasting Corporation (CBC) in various roles. She started her career with CBC in corporate finance, followed by several years in Toronto with the English Services networks before returning to regional operations in Ottawa, all in various financial roles. She was a leader on the team that implemented the organization's SAP solution in 1999 as well as leading several initiatives as part of the network's transformation of their business processes and tools for the management of broadcast services in 2005.

Ms. MacMillan is a graduate from Carleton University with both a Bachelor's and Master's degree in Public Administration and holds a designation as a Chartered Professional Accountant.