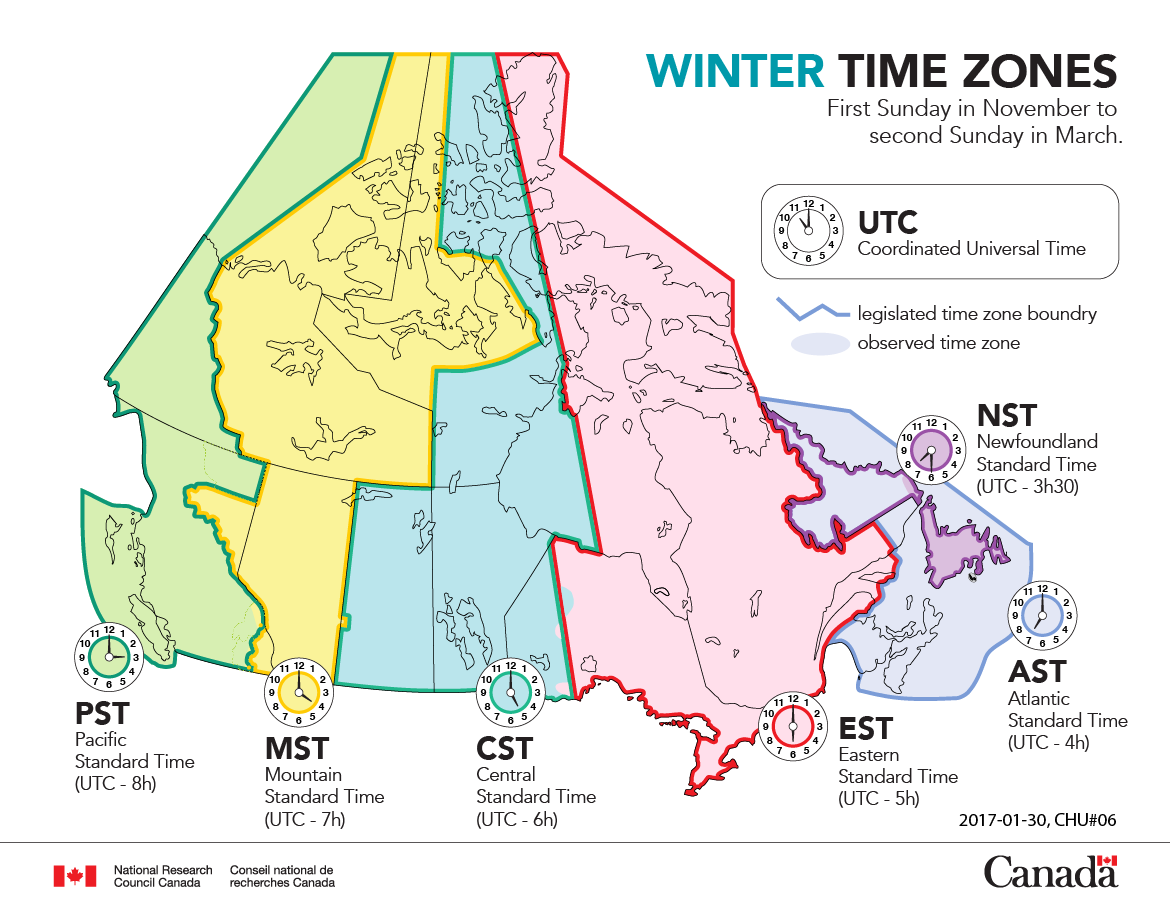 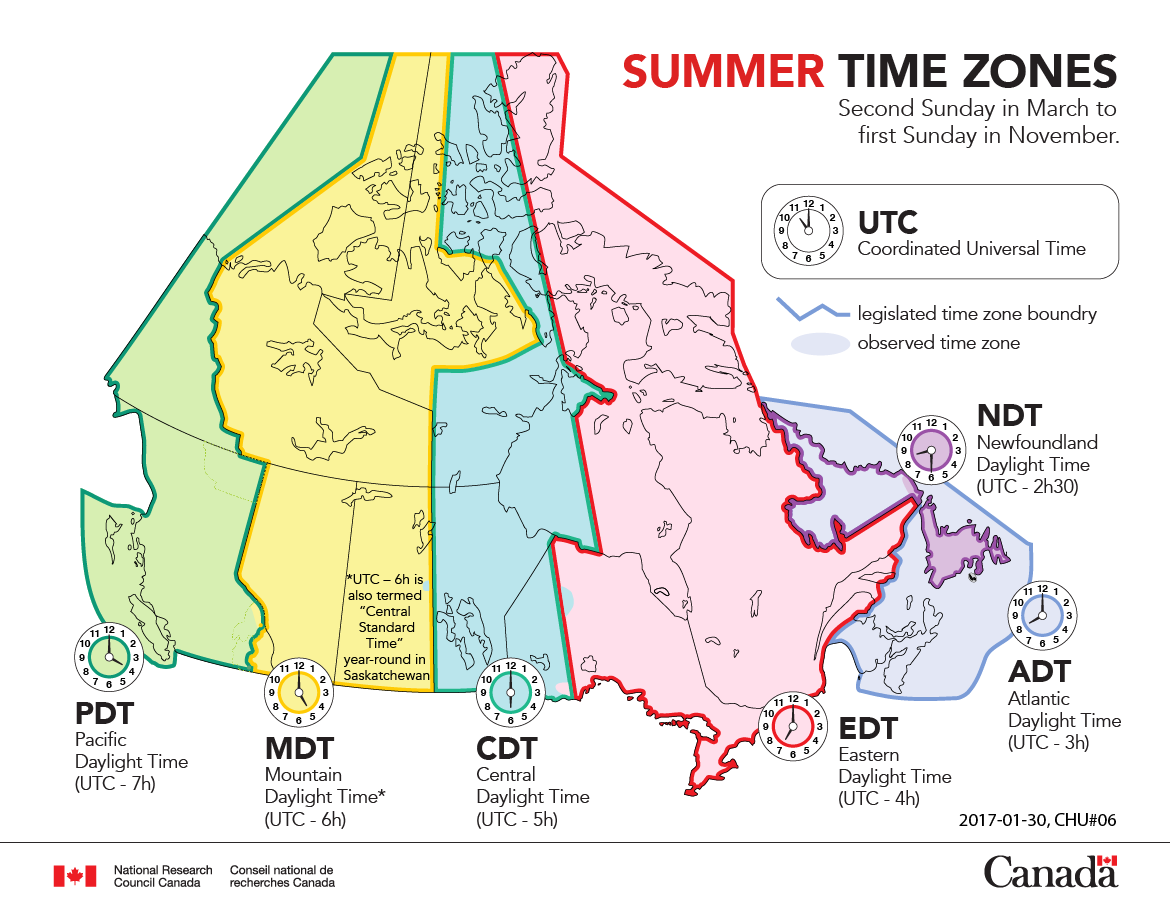 How can I get a copy of the Canadian time zone map in postscript (.eps and .pdf) format?

Copies of Canada's time zone maps, are available in postscript format for insertion into your document using a word processor or document editor that supports Adobe postscript. Click on the selection, and respond with Save File (or equivalent) when prompted by browser.

The times for the start and end of Daylight saving time in Canadian time zones can be found here.

In Canada, Time Zones and Daylight Saving Time usually have been regulated by provincial and territorial governments.

Starting in 2007, clocks following the new North American standard for Daylight Saving Time are to be turned forward by one hour on the second Sunday in March and turned back on the first Sunday of November.

A major change in official time practice will be given a new serial number and documented here.

When does daylight saving time start and end?

Daylight saving time in Canada is determined by provincial legislation. Exceptions may exist in certain municipalities. The time zone maps and the dates listed below have been in effect since 2006. (This has been denoted as serial number #05 as is transmitted in CHU code.)

Prior to November 2011, Newfoundland changed time at 00:01 local time.

The areas of Québec, east of 63° west longitude, do not change to daylight time and remain on Atlantic Standard time all year round.

The areas of Ontario, west of 90° west longitude, are in the Central Time zone and change at 2:00 a.m. local time.

Most of Saskatchewan uses Central Standard time all year round. Areas around Lloydminster are in the Mountain Time zone and change at 2:00 a.m. local time, as in Alberta.